It’s been five years since Windows 10 was released, but Microsoft’s support for Windows 7 was removed a month ago. Then, the question arises, when will Windows 10 expire? Will we see Windows 11 unveiled before this?

Fortunately, the company’s policies have made it possible for us to know the answer. Microsoft has long had a long-term policy in place for many of its products, starting with unveiling a countdown product to disassociate the previous product, and when all products are no longer supported, everything ends. Knowing these dates can help us decide when to upgrade or upgrade our devices in terms of hardware and software.

Table of Contents show
1 Support for any Windows takes 10 years
1.1 Should you upgrade or wait for Windows 10 now?
2 When will Windows 8.1 support end?
2.1 Recommendations:

Support for any Windows takes 10 years

Microsoft offers at least 10 years of support for each version of its operating system (at least five years of core support, followed by five years of long-term support). Both types include security updates and a program that costs you both.

Windows 10 was released in July 2015, and planned support for the operating system will continue until the end of 2025. Microsoft updates are released twice a year, usually in March and September, and Microsoft recommends that you install any version that it releases on your system.

Learn: How To Capture Video Clips In Windows 10 Without Software?

Things got complicated a few years ago. When a Microsoft employee announced that Windows 10 would be the “latest version of Windows”, after the release of this product, the operating system would no longer be released, but only an update. That does not mean that Microsoft is getting rid of its operating system and no longer. , Subsequent windows will not be released because Windows will act more as a server, and continuous updates will count for the next version of Windows. But as the hardware ages, some devices can no longer do updates.

The latest release of Windows 10 was released in November 2019, with some new features such as the ability to write notes in other calendars that need to be opened easily from Taskbar.

Here’s the release date of Windows 10:

Should you upgrade or wait for Windows 10 now?

Some people have refrained from updating Windows 10 because of recent reports of many crashes by users. But Microsoft has not accelerated its update program but given employees more time to test the latest version to fix the issues.

Your experience in updating Windows 10 at this point should be relatively smooth and allow you to benefit from Microsoft support. This is especially important for the security of your device – without Microsoft updates and security patches, your computer is at greater risk of malware being hacked.

We suggest you update your windows to get to the Microsoft website and download the latest version for $ 139, but you can do it for free.

When will Windows 8.1 support end?

If you’re a Windows 8.1 user, long-term support for that operating system will expire in January 2023. Ref: CNET News 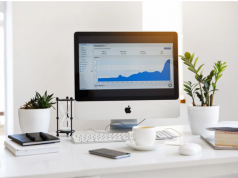