Blockchain games enable players to transact with non-fungible tokens (NFTs) and cryptocurrencies to earn billions of dollars. Some gamers have even been forced to quit their day jobs in order to pursue a career exploring metaverses and trading collectibles.

What a time it is to be alive, as the expression goes.

Who wouldn’t want to make money while participating in their passion when blockchain games are currently all the rage?

Blockchain game projects abound, but we’ve only compiled a select few of the most well-liked ones. So, listed below are more than 90 top games that are well-known in the blockchain gaming community.

Devices or platforms this very blockchain games will be played on in order to earn cryptocurrency are as follows; Web browser, Android, iOS, Windows, MAC, Linux, PlayStation etc.

In the community-driven game ecosystem known as The Sandbox, players can create, own, and earn money from their voxel assets and gaming activities. This metaverse is highly known for its ecosystem of user-generated material, which can make contributing to the metaverse for every participant without any significant coding abilities a simple but easy effort. 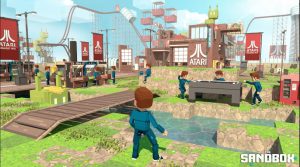 In essence, Gods Unchained gives players the freedom to freely trade and sell their cards while still maintaining the same amount of ownership as if they were actual, physical cards. Players must strategically outsmart opponents by creating potent decks and employing battle strategies to win the game. 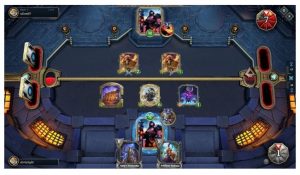 The online pet community is called Axie Infinity. The “Axies” that players can collect, raise, and trade (axolotl-inspired characters). Axies are bred to produce offspring that can be used to fight other Axies and sold in the Axie NFT market. 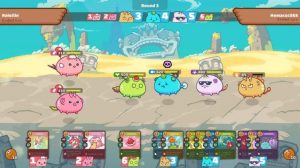 Players in Splinterlands battle monsters to earn in-game goodies on their desktops and mobile devices. Players can mix any of the 280+ cards in this game to improve and strengthen their characters’ skills. 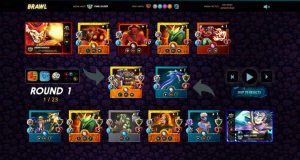 Players can travel to seven worlds in the NFT metaverse game Alien Worlds. Districts in real life are comparable to planets in Aliens World. Every planet has unique traits and is subject to a particular set of laws. Players can make money through mining resources, engaging in combat with other explorers, and receiving rental commissions on land they own.

The main focus of CryptoBlades is obtaining legendary Blades and powerful Heroes to use them. Up to four characters, such as a swordsman and blade weapons, are allowed per account. To gain tokens, players must engage in combat utilizing their resources.

In the multiplayer tower defense game Plant vs. Undead, your plants are actually your greatest strength. The plants’ objective is to continuously battling the zombies and prevent them from crossing across. This game and the well-known video game Plants vs. Zombies are comparable.

Players in Farmers World can choose the right equipment, take use of different resources, and purchase land to start farms. Additionally, players can harvest their crops. They can visit other farms and engage in resource-based combat with other players as they wait for harvest season. Players must therefore defend their own farms from other players.

Without any programming knowledge, users can design their own gaming worlds in Blankos Block Party. They can also collect, personalize, and sell NFTs of popular companies’ and developers’ original characters and things. All of the purchasable characters can be personalized or embellished with various game-earned items.

Upland looks like a modern-day Monopoly board game. Real-world-like virtual properties are available for players to buy, sell, and trade. They can create properties and get native tokens by turning into “digital landowners” (UPX).

In the idle mining RPG ChainZ Arena, players create heroes and use them to engage in combat with other players. You can use equipment to protect and bolster your hero in addition to leveling him up.

A low-poly, cartoonish design, multiplayer, and in-game prizes are features of the third-person shooter Lightnite. In this game, any precise digital interaction between players may result in a monetary reward or punishment. As an illustration, a player will lose bitcoin when they are shot and gain bitcoin when they shoot other players successfully.

The first application created on the Ethereum network was CryptoKitties. Players can purchase, trade, and breed the oh-so-cute cats known as CryptoKitties. Each cat is different from the others, is unique, has its own digital genome, and can only have one owner. It is not reproducible, transferable, or erasable.

Illuvium is highly renowned for its large, explorable 3D open environment, high-quality NFTs, and expertly constructed plot. Players can explore the alien world of Illuvium, take part in quests to learn more about it, hunt and capture Illuvials, collect in-game goodies, and stake their assets.

In the fantasy soccer game Sorare, you can earn rewards for building your squad, taking part in virtual competitions, and exchanging digital collector cards. All of the player cards are designated as NFTs, unlike the classic fantasy soccer game.

The largest 3D NFT Metaverse Game on the BSC is called EpicHero. By selecting their favorite heroes, players can summon, combine, and evolve collectible card NFTs, or they can bring them to the biggest arena to engage in combat with other Epic Heroes.

Players of Alpaca City can manage their on-chain assets by acquiring and breeding cute alpacas. By having alpaca babies and rearing them to produce more energy and ALPA tokens, players can also add new characters or grow their small tribe.

Players can select a hero from five professions to fight, collect, trade strong weapons, and earn actual value from the game as they travel through the world of ancient warcraft. This game’s low entrance barrier is one of its most alluring qualities. Players can start playing this game with just one hero and one weapon.

Players in Crypto Royale battle it out for glory, fame, and money. The victor is the person left standing. Since every battle is unique, players always develop their own strategies to outsmart, outwit, and outmaneuver rivals and emerge as the winner.

The universe of Coin Pirates was created using a map from the actual world. Players explore the seven seas in pursuit of lost treasures while destroying and robbing other Buccaneers’ ships.

Players can experience thrilling swordfights and realistic combat effects in CryptoSword. All the player has to do is enter a battlefield, engage in combat with enigmatic, unidentified foes, and win goods that are rightfully theirs.

Players in Plato Farm take possession of a little farm, rear animals, plant crops, and gather tokens. These tokens can be used to build amazing towns and communities on the formerly desolate countryside.

In the game Waves Ducks, the user can hatch NFT ducks, which serve as the game’s main protagonists, and gain in-game currency. Each duck’s unique collection of genes determines how rare it is.

Except that it pays you in cryptocurrency for playing, Town Star is just like Farmville and Factorio combined. Players aim to create the most effective layout to produce the most stars while also cultivating crops, trading goods, and building towns.

Alchemists, wizards, and witchers search Wizardium lands for some uncommon substances to employ as components for such sought-after and priceless tokens in Wizardium, a Metaverse of good Magic inspired by the Harry Potter tales.

World of Warcraft and Zed.Run served as inspiration for Crypto Riders. Players can pick a character, change how they look, and even add equipment. The character is then sent into battle to loot dungeons, battle bosses, and gain tokens.

The main conflict in Surviving Soldiers is between zombies and humanoids. Depending on the singularity they have selected, players have the option of starting out as a humanoid, a zombie, or possibly both.

Building communities or guilds is the key objective of Guild of Guardians. This game follows the same formula of assembling a group of heroes, finishing dungeons, and gathering resources.

The space game experience is brought to the blockchain world by Space Misfits. Players can build fleets, go on space exploration missions, engage in combat to gather precious minerals, and make a fortune.

Classic role-playing games like Pathfinder and Dungeons and Dragons serve as inspiration for Blood Rune. It is a strategic fantasy collecting card game with heroes searching for power, fame, and money in a world entrapped in multiple time streams.

The dangerous pastime of “wolf game” involves wolves and sheep. In order to compete for important tokens, Wolf Game is essentially about making lifetime friends, allies, and even enemies.

In the game Chicken Derby, you can race your chickens for cryptocurrency, buy other owners’ chicks for profit, or breed your chickens to produce the strongest progeny. You only need one chicken to play this game.

In the game BombCrypto, users control a squad of cyborg bomb heroes built for mining Bcoins (the native token). Players can buy, upgrade, and sell each bomb hero to gain additional tokens. Each hero is an exclusive NFT.

An eSports game called Thetan Arena calls for both solitary skill and group effort. Players can form a team with friends, engage in combat with other players, and earn money by doing so.

Final Fantasy Tactics served as an inspiration for the 3D turn-based tactical RPG called Voxies. Each voxie possesses unique traits and skills, and players can own one. As they participate in the game and play, they will eventually get the native token.

DogeDash is a side-scrolling game with elements of the original Mario Run. You’ll appreciate playing this game if you enjoy playing old-school games, cryptocurrency, and blockchain technology. DogeDash’s main objective is to collect as much coins as you can on each level without dying.

Players in CryptoMines gather Workers and Spaceships and use them to explore the cosmos in search of tokens. The tokens they have acquired will enable them to continue living and to make some money.

Zuki Moba was created with the backdrop of a fun snow shooting game and was inspired by the age-old Japanese snowball game. Chibi graphics and simplistic gameplay combine in this game to provide players a straightforward but fun experience. Players only need to select a character and game style, then defeat the boss to enhance their character’s abilities.