As the esports market continues growing, so does the interest to have a piece of the pie. As a result, betting companies like Betway, celebrities and venture capital firms are investing millions of dollars in the market. Bitktraft Ventures is one of the firms that have shown a huge interest in the industry, having raised $165 million to invest in gaming.

Bitkraft Ventures closed their new fundraising campaign on Thursday, 27th August after receiving $165 million for esports investment. That was about $40 million above their initial target of $125 million. The contributors to the fund included Adidas, JS Capital, Declaration Partners, Logitech, Carolwood, WPP and Advance.

A little about Bitkraft

Founded by Malte Barth, Jens Hilgers and Scott Rupp, this company supports the most forward-thinking founders in the industry, helping to create virtual economies of the future. The company is led by former ESL CEO Jens Higlers, who has managed to garner the support of a wide, global investor base.

The San Francisco-based venture capital launched their operations in 2017, focusing their attention in esports, interactive media and gaming. To date, the firm has invested in over 30 companies from the fund, with recent investments including Boom, Gamezop, Playbrain and Carbonated games. 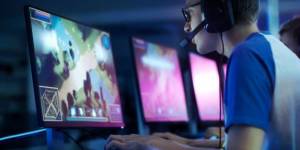 As the esports industry continues to unveil it’s potential, the market is attracting attention from all corners. Today, you can bet on esports through the Betway app, or enjoy competitive gaming online through the different social media platforms.

In June, Forbes reported the gaming market to be a $160 billion industry, with over 2.7 billion gamers worldwide. This report also indicated that the gaming market might be recession-proof, after increasing by almost 50% in daily users of HD games amid a lockdown.

With the new fund and Bitkraft’s Pre-Seed Fund, the firm will have invested in more than 50 companies across Europe, Asia and North America. The pre-seed fund held in 2017 raised a total of $18 million, invested in several gaming ventures in the industry.

Speaking to the press about the fund, Jens said that BitKraft is grateful for the confidence that their investors have in their team’s ability to identify trends, talents and opportunities in esports and gaming. The CEO further added that there’s has been no better time to invest in the esports industry as now, considering that it’s experiencing strong tailwinds and therefore unprecedented.

This venture capital firm has contributed to the funding of Bazooka tango this year. Bazooka Tango is a new gaming studio launched by the same folks who created Vaingory. Additionally, this esports-focused company was also PatronGG’s investment round in December last year, as the company was seeking funding for their new Kokyo esports app.

With Bitkraft being the world’s most notable esports-focused venture capital, $165 million will go a long way in fueling startups. It will also provide enough funding to invest in the future of established companies. With that in mind, it will be interesting to see the companies featured in Bitkraft’s Portfolio. 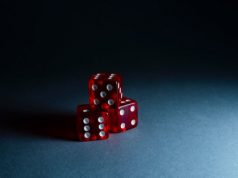 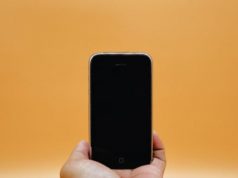