Competitive gaming has come a long way since the first massive LAN parties of the 2000s. Today, eSports have a global governing body – the Global Esports Federation – and its flagship event, the Global Esports Games. The inaugural event was held this December.

It may sound strange to some, but the fact remains: eSports is becoming a true sport. Today, there are schools and universities with their own eSports programs, there are professional gamers paid to play, and you can even bet on eSports events online.

A quick Betway app download will reveal several markets – some of the most popular ones include Counter-Strike, DotA 2, and League of Legends, among others – and major international eSports events among those you can place bets on already.

Next year, eSports will take another step toward being recognized as a true sport: eight eSports games will be played in official competitions at the 2022 Asian Games.

What are the Asian Games

The 2022 Asian Games – the 19th of its kind – will be hosted by Hangzhou, a city in Zhejiang province, China. Athletes from all over Asia will participate in the Asiad, competing in disciplines from artistic swimming to wushu – and, of course, eSports.

eSports at the Asian Games

This will not be the first time the Asian Games features eSports – but the first time when eSports are competed in as an official discipline for the Games. At the 2018 edition, there was only a demonstration event featuring games like Arena of Valor, Clash Royale and Pro Evolution Soccer.

At the 2022 Asian Games, eSports will be an official event – part of the medal tally. There will be a total of eight medal events in eSports, with e-athletes competing in FIFA 2017, a soccer simulator, a specific version of PUBG Mobile, DotA 2, Hearthstone, League of Legends, Street Fighter V, a specific version of Arena of Valor, and Dream of the Three Kingdoms 2.

Aside from these eSports events, there will also be two new demonstration events, with participants competing in robotics and virtual reality.

All eSports events at the 2022 Asian Games will be held at the Xiacheng District Esports Venue, an arena with a surface of 80 thousand square meters and a capacity of around 4,000 seats, currently under construction.

There is currently no word on whether the events will be streamed live on any of the popular eSports streaming platforms.

The inclusion of eSports in the 2022 Asian Games as official disciplines is an important step forward for the entire gaming industry and certainly for the world of competitive gaming.

eSports tried to approach the International Olympic Committee in 2018 to discuss the inclusion of the discipline as a medal event at the Olympic Games but at the time, the IOC felt that it was too early for it to commit. The experience gathered at the 2022 Asian Games will help the stakeholders in the industry propose better formats for medal events that, hopefully, we’ll get a chance to see played officially at the next Summer Olympics – or the one after that. 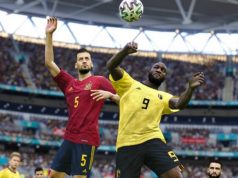