With the required specs that new games ask for today, it seems as though only the top echelon of gamers can enjoy the modern-day gaming experience. Of course, this isn’t the case with all games, and games like the sun of Egypt 2 slot and Tetris have been a mainstay on older hardware for years now.

However, it goes without saying that these games are not able to provide the traditional triple-A experience that one would imagine today, and in turn, this leaves people with less-powerful machines feeling left out.

Well, we are going to attempt to remedy that. In this article, we will be taking a look at three incredible games that can run on nearly every PC, as well as telling you a little information about each to see if they sound like something you may want to give a try.

If you have never had the luxury of playing Simpsons Hit & Run before, you are going to be in for a real treat. This game is truly legendary, and words cannot do it justice.

The Simpsons Hit & Run is a favourite game of many, and it is also one that most people choose to come back to from time to time to relive the experience. Whilst nothing will compare with playing Hit & Run for the first time, every playthrough of this game is an absolute joy, and it is truly a phenomenal game.

Despite it being over 10 years old now, the Simpsons Hit & Run has relatively decent graphics that are still able to hold up well even by today’s standards. Moreover, when you factor in that this game can run on PCs from ten years ago and older, it goes without saying that any modern hardware is going to be able to run it with ease.

This game was not only loved by the fans, but it was also a hit with critics too. Just take a look at any Simpsons Hit & Run review and you will see a myriad of positive points brought up about its interesting story, captivating gameplay, as well as its overall quality.

Simpsons Hit & Run is a must-try for everybody, and if you are about to experience it for the first time, there is a vast number of people out there that are going to be extremely envious.

When it comes to incredible games made by Rockstar, Bully is one that you hear being tossed around relatively often. This is even more impressive when you factor in that most Rockstar fans have never played this age-old classic, so the fact that it has been able to remain relevant is truly incredible.

Bully excels in more areas than one. It has fantastic gameplay, good world-building, and an exceptional narrative. Although, perhaps the point that really makes Bully stand out is its sense of progression.

As you progress through the game you will begin to unlock new areas that were unavailable to you before, and this creates an exciting loop that makes you want to just delve into this world to its fullest extent.

Trust us; once you pick this game up you will not want to put it down. There is just something about Bully that makes it incredibly addictive, and it is one of those games you just do not want to end.

The fact that it can be played on almost any PC imaginable just goes to further add to its already boastful list of positive attributes, and if you are looking for an incredible game to jump into and have fun, then Bully would be a great choice.

World of Warcraft is one of the most popular games ever, and for those of you that love multiplayer games and want to get a sense of community, you will feel more than at home here.

World of Warcraft is a massively multiplayer online game that has millions of players from all over the world, and it can contain thousands of players in just a single area with relative ease.

This point still stands when talking about even the most least powerful of PCs – the level of optimisation Blizzard has been able to achieve with World of Warcraft truly is a feat to behold.

This game has been known to captivate people for years on end, and if you are looking for a game to sink your heart and soul into that has a near-infinite play-time, then you might just want to give World of Warcraft a shot.

So, what do you think of all of the games we featured on our list? Think you will be giving them a try? If so, you would not be making a bad decision. The three games we listed can be played on even the oldest of PCs, and the number of hours they will be able to entertain you is truly unbelievable.

These three classics have been fan favourites in the industry for a reason – they are all exceptional games with incredible potential, and if you end up giving any of them a try, you are almost guaranteed to have a good time. Have fun. 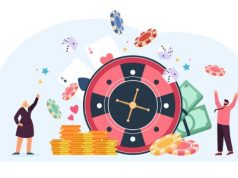 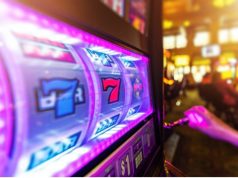 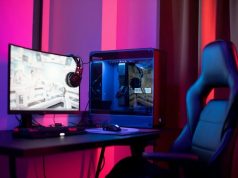 11 PC Games You Can Play Forever