Gambling has been part of people’s lives from the very beginning of civilization. Marketplaces and festivals were riddled by people offering visitors games like wheels of fortune and dice while sporting events and competitions were certainly surrounded by the predecessors of bookmakers taking bets on their outcome.

As civilization advanced, so did gambling. From roadside booths, gambling has moved into shiny casinos and hotel lobbies, then – as technology advanced – to the internet. It seems, in turn, that online gambling is in for its next evolutionary step thanks to modern technology.

As the internet became mainstream in the mid-1990s, a variety of services found a new home on the brand new platform – and gambling was one of them. The first online casinos were barely a match for even a small gambling den in a backwater town. In time, in turn, they took over, offering countless games and winning opportunities that were more accessible and convenient than their real-life counterparts.

Today, the Betway casino offers its players hundreds of individual games, covering everything from slot machines to table games, along with some of the most generous specials and bonuses one could ask for. All this in the most convenient way possible – instead of traveling to a casino (which can be pretty hard under the current conditions), players can access Betway on their computers or their phones, from the safety and comfort of their homes. Or wherever else they might want to play.

Over the years, online casino games improved significantly. The rudimentary games of the first online casinos are gone, replaced by titles built with incredible attention to detail, satisfying the needs of even the most demanding players.

But the evolution of casino games is far from being over. As new technologies emerge, game developers are eager to embrace them, bringing their games and services to every player, no matter the platform.

It’s most likely that the next step in the evolution of casino games is virtual reality. Developers have already elaborated several innovative approaches to make the experience as immersive as it can be while keeping the convenience and accessibility of online casinos. One of them is the ‘live dealer’ gaming that combines the personal touch of a real-life table game with an interactive interface and video streaming. The other, still in the works, is a virtual casino. 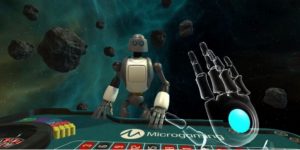 Game developer Microgaming has presented its first foray into virtual reality in 2015 – VR Roulette, as the app was called, was a fully immersive experience that earned it the title of the best innovative product at the year’s Global Gaming Awards. The game was a huge success, but unfortunately, it hasn’t been released to the public just yet. But with it, Microgaming has shown the world the direction online gambling will take in the future: cyberspace. 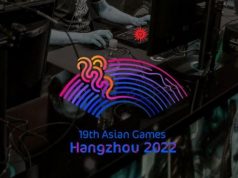