Infinix Company has scheduled the official date for some
of its smartphones to receive the Nougat Update. So users using any of the
devices which are already listed below with scheduled date can proceed to upgrade/update
their phones once the Nougat becomes ready.

Most of Infinix users
prefer infinix smartphone brands to other local mediatek smartphones. Reason is
because Infinix manufacturers tends produce their smartphones to at least
receive one or two firmware update, whether the mobile phone has low end or may
be flagship smartphone.

If you are a regular reader of this blog’s content, you will
recall that sometime ago precisely last month, Infinix mobile phone manufacturing
Company released the latest Android Nougat update for its infinix Note 3 and infinix Note 3 Pro, and I updated about it here on Techbmc. Now they are
set to release the Nougat update for their eligible devices and the dates has
been published already.

It is good for you to know that the beta version usually
comes before the main official version. It is done that way because, the beta
version usually comes with lots of bugs and only interested users are expected go
for it at that moment. So the main official update comes after most of the bugs
have been resolved and fixed, and also when the device’s ROM has been made more
stable.

So having taken note of that, below comes the full list
of Infinix smartphones to get /receive Nougat update and with their official
scheduled date. 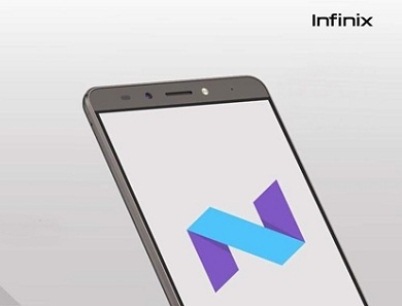 I believe by now, you must have seen from the above list
if your mobile device from infinix makes it to the official update or not. If yours
is among the devices, then get ready for the upgrade and should in case you didn’t
receive/get the OTA update, then you can proceed to update it manually. For those using SamSung Device, you might want to checkout how to Download And Flash All Samsung Galaxy S7 Stock Firmware Free.