Technology is constantly improving itself, and phone technology is no exception. Phones are continually changing and updating their looks and features. With that, they’re adding on to the things they can perform.

Do you remember when “phone” was almost synonymous with “landline”? Then things got better, and mobile phones entered the scene. It seemed so surreal, being able, for the first time, to move around with a communication device!

Communication had begun its revolution. As it always goes, as people change the ways they talk to one another, marketers should also change how they speak to the market. The people are the market, and any good marketer will pay attention to the market and respond to it.

After mobile phones had become a thing, their usage was yet to become as widespread. The introduction and the eventual movement from the dial-up internet ushered in a new digital technology era in digital marketing.

Remember, any movement in digital technology usually equals some movement in digital marketing as well! Now, suddenly, it’s almost as if the world is in everyone’s pocket. Connectivity and accessibility began to shoot toward an all-time high. At present, there are about 5.2 billion people that can access the Internet from their phones and enjoy the advantages of a text message blast. For any business owner or marketer, that’s a figure too huge to ignore. It would be fatal to do so.

Innovative businesses have and will continue to embrace phone technology developments in their marketing strategies to improve their reach and general effectiveness. The average customer any business is trying to reach will own a phone, and it would hurt your business in tremendous ways if you didn’t pay mobile marketing enough attention.

How Did Things Get Here?

A good way to look at what phones can do now, in general, and for your business is to look at the journey that phone technology itself has taken. How have phones changed in looks and functions over the past few decades?

Let’s dive into the mobile phone timeline and see how they have evolved:

This is when it all began! This is the time when the first-ever portable mobile phone was introduced to the world. Communication was never going to be the same.

Before this, phones existed almost exclusively as landlines. As such, you could only call a person when they’re in the same room as the phone. Of course, this presented many challenges when there was an urgent need to communicate with someone while they were away from the phone, but it was the best you could get then. There were no voicemail drops to reach you no matter where you flew off to.

The period between 1983 and 1990 saw the first mobile phones being introduced, but they were still limited to a few individuals in this period.

These years marked the beginning of the mass production of mobile handsets. Mass production allowed for more affordable prices for mobile phones. Nokia was one of the first companies to jump on this new trend, and it dominated the market in those early stages.

As soon as the consumer was accessing mobile phones, marketing had to consider incorporating them in their strategies.

Before this, phones had black and white screens. In 1997 Siemens brought to the market the first mobile phone with multiple colors. Although there were only four colors, the achievement was commendable!

Many marketing materials’ key feature is color, so this improvement in phones was more than welcome to marketers. Even if this technology’s full benefits would only be realized later, after the technology itself had fully developed to allow for full-color screens on phones, it was still a commendable move then.

Hello, feature phone! In 1999, Nokia introduced the 7110. This was the first phone to use wireless application protocol (WAP) to add data capabilities and Internet access through circuit-switched data (CSD). Phones began to do more than simply call people; they connected the world in ways beyond calling.

In 2000, a company called Sharp introduced the first camera phone to the Japanese market. It remained largely limited to Japan. But, a couple of years later, Sony Ericsson launched its T68i, and it was then that the camera phone got better reception.

The introduction of data capabilities and camera functions is important to note because they signaled the coming of the multi-function nature of phones as we know them now.

If 1999 was the introduction of Internet access through phones, 2003 is the year that took Internet speeds to the next level. Now, you could access the Internet on the phone with unprecedented speeds of 2MB. At that time, this was a phenomenal development. Emails were now brought to consumers through phones such as the Blackberry.

Further development was also made to the camera, with Sony Ericsson introducing its Z1010. Phones had a front-facing camera; selfies aren’t that new after all!

During this era, phones began to be produced with the new touch screen feature instead of the old button input method.

By this time, phones were beginning to be an integral part of many people’s lives and a medium of great importance to marketers.

Download speeds had shot to 12mbps. More phones started to have this feature in their design.

At this point, most of the focus began to go to size. How much more portable could the mobile phone go? This development was a response to a good and growing reception of mobile phones on the market. It became necessary to tailor-make phones to make them lighter to carry around, seeing as they were a part of people’s daily lifestyles anyway. Screen sizes also began to grow.

You could say this is around the time when mobile phones became an undeniable and unmatchable force in the digital marketing industry. How could marketers craft their strategies while paying adequate focus to this important medium? Although still relevant, traditional media began to start playing second fiddle to phone marketing for the first time.

Marketing is all about reach. The medium that can reach the most people in a way personal enough to nurture relations with leads and lead to client acquisition automatically gains leverage over others. No other device was as connected to its user as a phone was, so digital marketing had to change and update its phone marketing strategies.

The mobile phone has sure come a long way and is still showing signs of further future developments. The marketing industry has done what has been expected of it, which is to evolve together with this important technology

The 5G network is becoming a thing. It comes with the promise of a new era in data speeds, data reliability, greater video resolution streaming, and mobile gaming, all of which will make all these platforms even more key to marketers. If history is any indicator at all, then as user experience has been improved and more features added to the phone, so has the number of people using or willing to use the phone increased.

Why Marketing Needs to Continue Evolving With Phone Tech

It’s all in the growing importance of the phone. A phone is a very personal device that your average client will keep with them or close for the bulk of their day. Before mobile phones, no other platform had this much access to clients as consistently and broadly as this.

Now, using phones, you can’t only speak directly to your client, but you can study them and their behavior until you know the best ways to solve your intended market segment’s problems through your service or product.

Your marketing strategy should give priority to mobile marketing because:

Speed is of the essence in improving conversion rates. The lag time between the time you send a message intended for a client and the time they receive it should be as short as possible. Phones, because of their continued proximity to their owners, are the best tools to access clients.

Clients who access the Internet through mobile phones may allow useful data about their behavior and tendencies to be collected. This information is used to help target your ads to the people who are best suited for them.

Even though desktops can collect similar information, its accuracy is limited as most people only spend limited amounts of time with their desktops. This means their phones might contain richer and truer pictures of their interests.

In some cases, through mobile phones, customers do some of the marketing for you through sharing links and content from your company. This is because it’s easier to share content from one application to another in a matter of seconds than it would be if the information was on a desktop. Some clients might be demotivated from sharing by the effort it would take to share with friends. Phone technology makes this easy.

As phone usage continues to grow, marketers need to get acquainted with the tools at their disposal for making the most out of mobile marketing.

Businesses should make use of short messaging services to create text message blast campaigns. Text message blasts are when your business sends mass SMS to their clients in one go.

The strength of voicemail drops lies in the use of the voice. This tool is effective for the same reasons that make SMS marketing effective; it has a wider reach than online marketing. In spite of the growing use of smartphones, their penetration continues to be subordinate to that of basic phones.

The number of people who search the Internet before making a purchase makes optimizing your business’ online presence a worthy priority.

Consider working on your website’s design and content to help it stand out on the Internet and increase your chances of being found by your customers.

In a world that has embraced phone applications as a part of its varied mobile experiences, your business would do well to create an application that’s both highly relevant and streamlined for easy use.

Lucky for you, if you need to add an incentive for your client to make a purchase, you no longer have to wait for them to visit you in person. You can simply attach discount coupons to all your digital platforms.

Which parts of your marketing campaign can benefit from the use of artificial intelligence?

Remember how we mentioned that phones are great repositories of data needed by a marketer? Artificial intelligence can help you read and utilize the data to optimize each stage of your sales funnel to encourage a client to make a purchase as much as possible.

Popular events and holidays are the perfect time to launch mobile marketing campaigns. Create Google Adwords campaigns for mobile phones. As you create your mobile marketing campaigns, remember that your platforms need to work together to create one big impact, so make sure each component of your marketing strategy is fully functional to coordinate well to generate brand awareness, client acquisition, and create brand advocacy from clients.

Make Technology Work To Your Advantage

Phone technology has come a long way and so has marketing. As phones keep on evolving, we, no doubt, expect the same marketing methods and strategies.

As a marketer, adaptation is a skill that’ll likely determine whether your business thrives or fades away with old technology. Take advantage of every advancement in technology and utilize every tool that’s likely to help you reach your client. The tools are many; this article has only touched a few. Dig deeper and see what you find and the wonders it could do for your business! 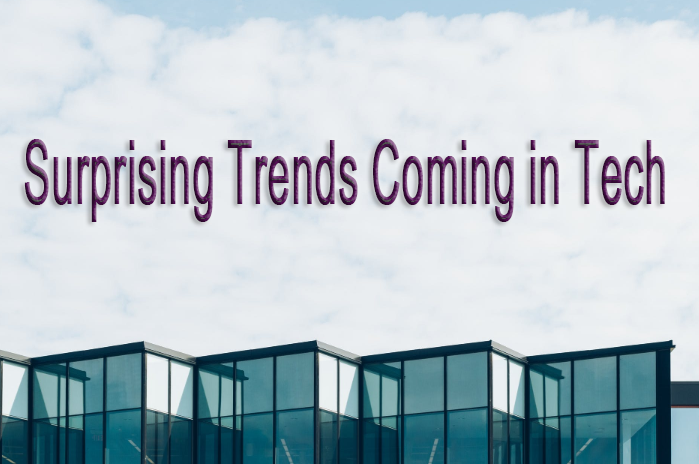