Generally, a rise in the value of Bitcoin shows an overall increase in interest in crypto-trading. Therefore, there will be a rise in the value of most Altcoins as well. For the most part, this is usually true. However, there are levels to this that are not as simple as the direct correlation between Bitcoin and Altcoins.

Before anything else, we need to first understand how the appreciation of value for Bitcoin works. Four major factors determine the value of Bitcoin. The first is the supply of Bitcoin available. Bitcoin is mined at a specific amount during a certain time interval. This means there is only a particular amount mined over a period of time, thus limiting the number of available bitcoins. With the supply of Bitcoin limited, a rise in demand would increase its value.

The second factor is the amount of regulation and legal insertions to cryptocurrency, particularly in the bigger crypto-trading countries. The rapidly growing popularity of cryptocurrency worldwide has posed a big question on the definition of a digital asset and the inclusion of cryptocurrency in this. Unlike the current dominant financial systems in place around the world, cryptocurrency is not directly controlled by a country’s government.

A nation’s central bank is not in control of cryptocurrency mining. It has no say over the amount being distributed within its borders—the amount of control a country wants on limiting their local traders to move Bitcoin around. The limitations or lack of, have a massive impact on the price of Bitcoin, especially for the heavier volume countries.

The third factor is the adoption rate. A cryptocurrency’s adoption rate is the time it takes for it to be accepted in a specific market. In the case of Bitcoin, it would be how many goods and services accept it as a payment method. Bitcoin and other cryptocurrencies do not have any intrinsic value and depend on the value placed on them by buyers and sellers. In short, the adoption rate can almost certainly determine the foreseeable value of a cryptocurrency.

In the case of Bitcoin, it had been used early on as a payment for something as simple as pizza. This showed that it did have value, and this value has gone up exponentially since then.

Join today and get instant access to the projected growth of your preferred cryptocurrency!

The final factor is probably the most obvious from a product standpoint, the competition. As a whole, the rising of one cryptocurrency is a good sign for others because of a rise in general popularity. However, that does not take away the preference factor involved in deciding which cryptocurrency to invest in. If one cryptocurrency is preferred over another similar, traders will most likely chase the rise of value to see a profit. While this has not exactly happened to Bitcoin in particular, the number of Bitcoin ‘clones’ may eventually threaten the leading cryptocurrency. 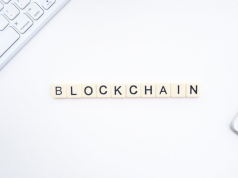 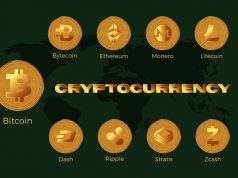