Technology analysts have recently found that some of the apps on Google Play are running your battery power very low, even when they are not running. These apps behave in a way that makes the user not suspect. Researchers using Bitdefender antivirus have found that for example, some apps wait 4 hours before hiding their device, stopping ads for 4 hours, interrupting ads at a distance. They show up at random or store ad code in multiple files, making it difficult to identify.

Interestingly, these mobile apps have code that uses them to perform tasks and tasks that are referred to in Google Play to be legitimate. Interestingly enough, Beat Defender has identified 17 of these apps so far, and these 17 apps have been downloaded and installed 550,000 times.

One of these malicious battery applications is a race simulator. In this game app, a trick is used to display ads that are generated at 4-hour intervals, each ad is generated by a random number between 1 and 3 and compared to the number considered before the program. Now if the random number is equal to or greater than that, the ads will be shown to the user. The same random display makes the pattern used by the program to display complex ads difficult to identify. Of course, this app has different and unpredictable ways to display ads.

Software that drains your phone’s battery –
Bitdefender has so far managed to find four of these apps that use the same method to display ads. These apps are: 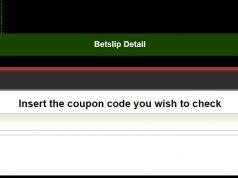