Techs | Scholarships | Services | Games
Home Android mobile Nokia 6 Updated With Latest OTA Android Nougat v7.1.1 (How To Install)
Nokia mobile phone manufacturing company has released
another version of OTA update for its smart device called Nokia 6. So in notice
of that, users of Nokia 6 smartphones should be upgrading/updating their mobile
phone with the latest version of Android Nougat 7.1.1 that supersedes the
previous version Android 7 Nougat which the phone came with when launched 2
months ago.

As you may know, the Nokia 6 Smartphones, all have started
receiving the latest OTA update for Android Nougat v7.1.1 and the size is about
370MB. The update is actually coming out with the latest security patch
feature, and many other nice changes which you may like when you must have upgraded.

Hope you know that, Nokia 6 is actually the first Android
smartphone that Nokia Company came up with before others. The device was
launched at the MWC just earlier this year, 2017.  Some of its features and specifications
include; 16MP rear camera, which is the back camera and 8MP for the front
camera. It is featuring a 5.5-inch in-cell full HD display which is protected
with 2.5D Gorilla Glass. The device is powered by Qualcomm Snapdragon 430
processor with X6 LTE modem, embedded with a paired 4GB of RAM and 64GB ROM
(internal memory). The whooping battery capacity is 3000mAh and many more nice
features. 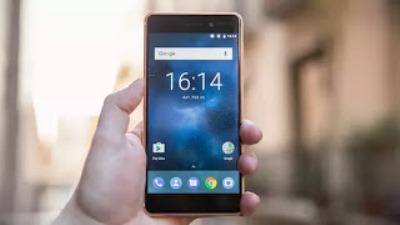 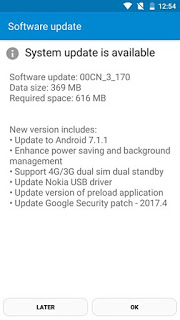 HOW
TO INSTALL OR UPGRADE TO THE LATEST ANDROID NOUGAT V7.1.1 FOR NOKIA 6 DEVICES.
The update is actually a simple one that all can do
without much stress, as it’s Over The Air (OTA) update. Now un order to upgrade
your Nokia Android, just navigate to your phone’s settings, and go to where you
see “about phone”, click
on system updates and what you will see is the new update ready to be updated.

Note:
Before
undergoing the process of updating your phone, ensure your battery is fully
charged or at least 90%. And also ensure you have about 1GB worth of data on
your SIM which will be used to connect to the internet while updating.

So if you have all these in place, then go ahead and
click the download from system update you clicked earlier and then install the
new version. Remember, after the installation process, your Nokia phone will
reboot by its self and then, the new update will be installed successfully. 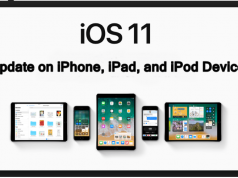