The world has seen unprecedented change in the last two years. And this year we’ve witnessed the beginning of a new era: the invasion of Ukraine.

This unravelling of the country by Russian forces starting at the beginning of 2022 means that leading countries around the world including the US, UK and its allies are working together in response to the potential threats. And in this age of incredible technological advancement, one of the most prominent potential threats is cyber attacks.

With cyber security threats heightened, the CISA (Cybersecurity and Infrastructure Agency)  in the US has issued a further update to UK businesses. The message is clear: boost cyber security to defend against the increased threat of cyber-attacks from Russia that could disrupt the way we all work and live. And IT support In London is playing a crucial role in helping to keep the beating heart of the UK’s economical and services industries capital safe and secure.

Table of Contents show
1 What is the CISA update and why does it matter?
2 Why cyber-security is more important than ever
3 How can an IT support company help?
3.1 Recommendations:

What is the CISA update and why does it matter?

CISA released an alert an important update on their official government website in late April. The report outlines how the cybersecurity authorities of the United States, Australia, Canada, New Zealand and the United Kingdom are releasing a joint Cybersecurity Advisory (CSA). This joint effort intends to warn organisations of the increased threat they now face from malicious cyber activity, which they believe may occur in response to the west’s economic costs imposed on Russia.

The alert report also summarizes how intelligence suggests Russia is exploring options for potential cyber-attacks. And the NCSC (National Cyber Security Centre) in the UK has recently advised organisations, especially large-scale organisations such as financial firms in the capital, should take action to improve their resilience in response to the heightened threats to cyber security—an area where IT support in London can be incredibly helpful.

They do note that while the NCSC is so far unaware of any specific threats to UK organisations related to the events continuing to evolve in Ukraine, there has been a historical pattern of cyber attacks against the Ukraine that caused damage internationally.

And in the latest CISA update, the American government detailed how recent Russian state-sponsored operations have launched attacks on Ukraine which included distributed denial-of-service (DDoS) attacks.

Why cyber-security is more important than ever

We live in a world increasingly defined by our most precious tools—technology. We store and harvest more data daily than all the information a single person a few centuries ago would have been exposed to in a lifetime.

The UK economy in particular is more than 2/3rds based on services. Financial and business services play an incredibly large and important role in the economy. And these services today require vast amounts of personal data to be stored electronically. Because of this increased importance and reliance on technology and data in the modern world, defending against cyber-attacks is of paramount importance.

Cyber-security to protect against the increased threat of cyber-attacks means protecting devices connected to the internet against damage, theft and unauthorized access to delicate and personal information and data for yourself and your customers.

Financial loss, data breaches and reputational damage in an evermore connected world are just some of the potential threats IT systems not properly protected from cyber-attacks may face. And the larger the organisation, the more important it is to make sure its cyber defense is strong.

How can an IT support company help?

Now more than ever with the recent CISA alert, it’s pivotal organisations bolster their cyber-security. One of the best ways to check your current defence state and to get any cracks in the ship’s wood fixed is to work with an IT support company.

A good IT support company can provide many services. They look at indicators and identify potential flaws in cyber-security while bolstering an organisation’s defences against future cyber attacks. Some of the tasks they help businesses and organisations manage:

Incredibly, despite the increasing necessity of important personal data storage and interconnectivity, research has shown only half of all businesses can perform these five fundamental tasks efficiently. Even more shocking, 30% of businesses know they use insecure wifi connections.

If you’re a business or organisation, you should see if you check these five security boxes. If not, you’d be well to do with the assistance a professional IT support company can offer.

Now more than ever, it’s important everyone follows the national and international guidelines to bolster their security in light of these new threats. 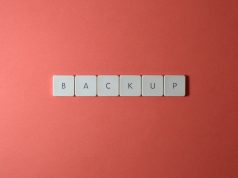 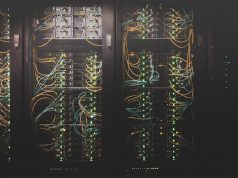 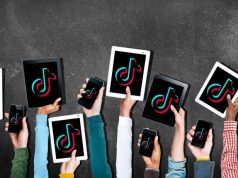