The need to be able to do work on the go is now a necessity for many. Remote working policies or just schedules that mean employees are not tied to desks for extended periods can result in delays in completing what are the most basic operations of daily work life. Microsoft’s Office 365 has gone a long way to address this, allowing employees to access, amend, and conduct meetings even if nowhere near the rest of their team.

This advantage is buoyed further by Microsoft allowing third parties to develop useful apps that further increase productivity and hopefully profitability. What follows is a list of some of the most popular apps to facilitate this.

There is no shortage of articles extolling the benefits of Office 365 online. Likewise, guides on how to best implement Office 365 migrations are certainly not in short supply. These only present half of the picture in that workforces around the globe will find the extensive list of apps inspiring. Indeed, it can also result in option paralysis. One app that provides a high level of inspiration without the need to second guess its usefulness is Office Delve.

Office Delve is fundamentally a cloud-based solution that allows employees to personalize content. Even the most standard and boring of templates can be given an identity suitable to match the company’s own. The personalization data comes directly from Office Graph and is designed to enable high levels of collaboration between team members.

For many users of Microsoft products using an Exchange email server has become second nature. Exchange Online moves the regular email service to Microsoft’s cloud architecture. This cloud-based nature allows users to access emails from any device with an Internet connection. The service boasts Advanced Threat Protection as standard as well as 50 GB of storage per user. High levels of protection against spam and phishing attacks go a long to stop ransomware infections. When combined with the large storage limit that is the default the service speaks for itself.

A lot can be said about social media platforms and a lot has but they have fundamentally changed how we communicate. Yammer operates as a social networking service but is designed for enterprises. The app allows users to have private chats, exchange information and documents, as well as create groups to work on specific tasks. Yammer has been designed to facilitate co-operation as much as possible between team members. What’s more, is that there is also a dedicated mobile app meaning communication can be done when not tied to the office desktop. For more insights into other great apps visit https://blog.virtosoftware.com/office-365-apps/.

The three apps mentioned above are only a small subset of what’s available but in some senses are the most utilitarian irrespective of the organization’s business model. Collaboration is one of the workplace fundamentals that has become more important than ever, fortunately, the digital revolution has caught up to the demands of enterprise clients. 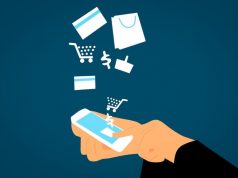 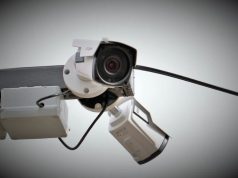 Can Video Footage Be Used As Proof in a Daycare Accident Case? 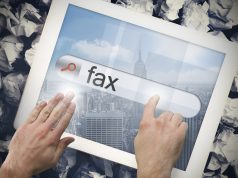 4 Advantages Of Choosing Online Faxing For Your Business