Update: Upcoming Snapdragon 865 Qualcomm processor Test is Here. Click below link to jump to the article below.

Snapdragon 855 Plus; Improvements for gaming

This upgraded processor is optimized for Gaming, Virtual Reality, Artificial Intelligence and 5th generation network (5G). The overall design of the processor has not changed compared to the Snapdragon 855, but according to Qualcomm, the Plus version of the chip works at a clock speed of 2.96 GHz.

The most important part for gamers is the improvement of the 15 percent performance of the Adreno 640 graphics card. It looks like a new wave of gaming handsets (like Razer and Asus phones and so on).

According to Qualcomm, the Snapdragon 855 Plus processor delivers superior performance, superb coverage and high battery life (for the entire day) for 5G devices. The processor is still composed of two separate modems, one of the Snapdragon X24 LTE 4G modem and the other Qualcomm X50 5G modem on the board, and what we guess is that we will not see any better performance until the Snapdragon 865 comes in. 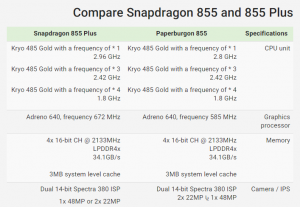 The Snapdragon 855 is still awesome

The Snapdragon 855, which is currently being used on flagship handsets like the Galaxy S Plus, Phone 7, Peru, etc., is an extremely powerful, functional, and non-slippery processor for Android phones.

It’s unlikely that the Snapdragon 855 Plus processor will be used on phones in the second half of 2019, and even the Galaxy Note 10 specs and Pixel 4 might be the first smartphone to go on the market with this processor. Ref: anandtech

It is now rumored that by the end of 2019, the next Qualcomm processor will be announced as the Snapdragon 865. Rumors and speculation about the processor started in August last year, and now the first benchmark of the processor has been released by the famous Ice Universe ID on Twitter.

Performance of the New Snapdragon 865 processor in Geek Bunch

In multi-core mode, the Snapdragon 865 also performs much better than the current version. In fact, the SD855 had a score of around 11000 in the multi-core segment, while the SD865 scored 12946 in the same segment.

However, it is clear that the performance of the new version of the Snapdragon processor is about 20% better than the current flagship.

The result of this benchmark is precisely in the single-core and multi-core sections and they are as follows:

Specifications of the device on which the SD865 is tested

So far we’ve only talked about the performance of the Snapdragon 865 processor, but specifics about the device on which this processor is mounted and tested have also been released. It runs on Android 10 but is not the next version of Android Q. It also comes with 6GB of RAM and has a frequency of 1.78 GHz, but the frequency is mentioned for single-core mode but 1.8 GHz for multi-core mode.

We expect the Snapdragon 865 processor to support LPDDR5X RAM, UFS 3.0 memory, and the HDR10 + standard. This processor could be the second generation of Qualcomm’s 7-nanometer chipsets after the Snapdragon 855.

Qualcomm is said to unveil the processor in December of this year’s event. Unless otherwise, the powerful processor will be used on the Galaxy S11, the next flagship of the Samsung Galaxy S family, according to the same discloser. 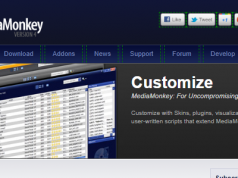 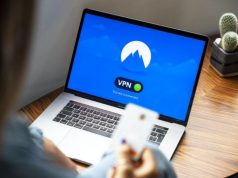