Techs | Scholarships | Services | Games
Home Latest Phones and Gadgets Those In US Can Pre-order For The Latest Samsung Galaxy Tab A...
Samsung which is a South Korean Owned company launched the latest Samsung Galaxy Tab 10.1 which is now made available first in US. Although, it was said by the officials of Samsung, that the device would be made available first in their country being (S. Korea) but unfortunately, the people in United States of America are the ones to get hold of the first before other countries according to report from Samsung. 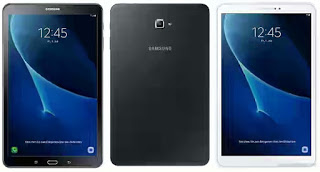 To have it, the particular version of the device made available in United States, is that of 16GB WiFi variant


What Is The Price?
The price for Samsung Galaxy Tab A 10.1 16GB variant goes for $299.99 and the available made color options includes black and white. Directly from Samsung, they said shipping of this device takes up to 7 to 10 days and it’s free of charge when you talk of shipping.

Meanwhile, the Galaxy Tab A 10.1 is expected to be available in South Korea later this month with the WiFi model costing $310 before getting to other nations (Nigeria included)

Are you gonna rock this device?