Some people say that an attorney ranks higher than a lawyer. Others argue that both of them are very much the same. In today’s article, we will be clearing the air.

However, before we proceed. Did you know that the American reality star, Kim Kardashian is a licensed lawyer without ever stepping a foot in law school?

How’s that even possible?

Stay glued to this article and find out how?

Table of Contents show
1 Lawyer and Attorney: Is there a difference?
2 Who Is a Lawyer?
3 Who Is an Attorney?
4 How can someone become a lawyer without going to law school?
5 Licensing Requirements for Attorneys
5.1 Having a license gives you the right to:
6 Who’s an Esquire, a Solicitor, a Barrister, a Counselor, an Advocate, a Paralegal?
7 Can a lawyer be called an attorney?
7.1 Conclusion
7.2 Recommendations:

Lawyer and Attorney: Is there a difference?

The major difference between two words are in their etymology. Lawyer originated from the Middle English era in the 15th century. While, attorney originated from France.

Another significant difference is that a lawyer is anyone who has the license to practice even without obtaining a Juris Doctor popularly known as JD. Juris Doctor is another name for a law degree which one obtains after graduating from law school. However, an attorney is licensed to practice when they’ve obtained a JD and passed the bar exam.

Who Is a Lawyer?

A lawyer is a general name for anyone who has obtained legal qualifications, is licensed and practices law. In places like the US, a lawyer is someone who is licensed to practice bit may not have obtained a law degree from law school. So you see how Kim K came about to be a lawyer. However, she cannot be referred to as an attorney.

Who Is an Attorney?

An attorney is a lawyer who finished law school, obtained a law degree (JD), passed the American Bar Exam and is licensed to practice.

Now that’s why the American reality star can’t be called an attorney.

How can someone become a lawyer without going to law school?

It is possible in some states in the US to become a licensed lawyer without going through lawyer school. This was how Kim became a lawyer after passing the California Baby Bar Exam. This is only possible in those states. In other states, passing through law school is a necessary requirement to get a license.

Now let’s talk about the licensing requirements for attorneys

Practicing law without a license is considered illegal in the US.

Also check: How to Grow as a New lawyer in Networking & Building Lasting Professional Relationships

Having a license gives you the right to:

Who’s an Esquire, a Solicitor, a Barrister, a Counselor, an Advocate, a Paralegal?

Esquire: This is an honorary name for a legal practitioner.

Solicitor: A solicitor is a synonym for an attorney. A legal practitioner who obtained a law degree.

Barrister: A barrister is an expert lawyer in some countries. They provide legal advice to complex issues. They’re like the specialist in their field. Barrister have extra qualifications.

Counselor: In some countries, a lawyer who gives legal advice and represents someone in court is called a counselor.

Advocate: Here’s another synonym for a legal practitioner.

Paralegal: I’d like to call them an intern- in- law. Paralegals don’t have s law degree but they undergo some sort of legal training.

Can a lawyer be called an attorney?

If the lawyer has a JD, yes. If not, (s)he is not an attorney. This is to say that all attorneys are lawyers but not all lawyers are attorneys. However both are equal in rank. What matters is obtaining a license.

Also note that the word Attorney, is a formal for legal practitioner.

There you have it. So it’s possible to be a lawyer in the US without going through the rigorous tasks that comes with law school.

What do you think of this information we’ve shared with you?
Feel free to comment below. We’d love to hear from you.
Please subscribe to our newsletter for more juicy legal content. 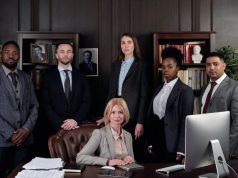 Everything You Should Know About A Class Action Lawsuit 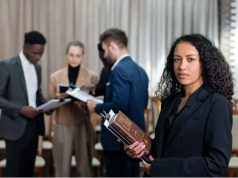 How to Have More Clients As a Criminal Defense Attorney 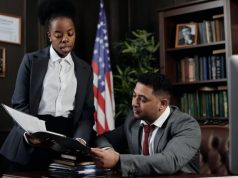 How to Become a Great Legal Assistant