Techs | Scholarships | Services | Games
Home Tech News Blindness Is It Caused By You Staring Your Smart Phone In Dark...
Almost all of us are guilty of operating our phones at night as it is sometimes inevitable because that is the period a large percentage of phone users have free time to check on their phone, browse the internet and chat with friends. 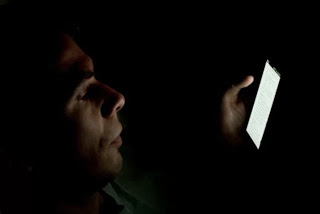 Technology has brought both benefits and disaster to human beings and their heath but in this context, we are looking at our vision organ which is the eye. Is it wrong to use our phones at night? Are we going to go blind in the long run?

According to Omar Mahroo, who is an ophthalmologist at Moorfields Eye Hospital; he carried out an experiment. In his experiment, he went in a dark room and with one eye closed, he stared at his smartphone for 20 minutes before switching off the screen. “It did actually feel quite strange,” he says of his self-experiment. “It would be very alarming if you didn’t know what was going on.”

After that, he connected himself to a device that measured current flowing in the photoreceptors in his retinas using electrodes. Then, after flashes of dim light, the particular retina that was exposed exposed to the screen took longer to adjust to new light settings.

This simply shows that one can temporarily go blind by gazing at phone screen in dark areas especially when one eye is used instead of two eyes?

The Guardian also pointed to this.

So what else are we going to do to protect our eyes from this? I think scientists should find a better solution to it. Not just protective screen guards