Amazon.com, Inc. (NASDAQ: AMZN) began as a straightforward online bookstore that was founded by Jeff Bezos in his garage. Since that time, the firm has expanded to become the largest online retailer on the planet and has branched out into the web services and advertising industries. AMAZON has over 200 million Prime members throughout the globe, and the company announced a total revenue of 117 billion dollars for the first quarter of 2022.

Even after accounting for the significant drop in the value of the stock market in 2022, Amazon’s share price has increased by approximately 125 percent over the course of the past five years. In the period of five years leading up to November 2021, when the stock reached its most recent all-time high, AMZN shares had increased by more than 250 percent. In the event that those figures have you itching to hitch your wagon to Amazon, the following is some information that will be helpful to you.

Businessman Jeff Bezos launched the firm in 1994 after realising the potential of the rapidly expanding internet for e-commerce.

To compete with brick-and-mortar bookshops that had to publish lengthy and expensive paper catalogues, Amazon began as an online bookselling platform. At first, Amazon was based out of Jeff Bezos’ garage in Bellevue, WA.

But it would be a long time before Amazon made a profit. Because of its very low product gross margins, sustaining profitability given planned investment levels depends on the company’s ability to achieve and sustain considerably enhanced revenue levels, which was expected by the Securities and Exchange Commission (SEC).

Even while Amazon benefited significantly from the dot com boom in its early years, things were rough for the company later on. In the aftermath of the dot com bust, Amazon, like many other companies in its sector, suffered greatly. In fact, it took the company’s shares over 14 years to recover to their pre-crash levels. Source: https://buyshares.co.uk/amazon/

Later, Amazon would introduce new products and services such as two-day shipping through Amazon Prime in 2005 and Fulfilment by Amazon in 2006, as well as the Kindle electronic reading device in 2007, as well as Echo in 2016 and the Alexa voice-activated digital assistance system.

Amazon has also entered the music and film industries with the launch of its Amazon Music and Amazon Instant Video services.

The Most Recent Earnings Report From Amazon

On 28 July, Amazon released its second-quarter financial figures for the fiscal year ending in 2022.

Sales were up 7% YOY to $121.23bn in the third quarter, according to the combined net sales figures. The AWS sector had a 7% year-over-year growth in sales to $19.7 billion.

There was also a 10% increase in retail sales in North America over the previous year. As a result, overseas retail sales fell by 11 percent to $27.06 billion in 2013.

Amazon had $66.52 billion in long-term debt on its $419.72 billion in total assets, including $37.47 billion in cash and equivalents, at the end of the third quarter. Amazon does not pay a dividend at this time.

Predictions for Amazon’s Stock, According to Analysts:

As of May, Amazon stock has fallen to its lowest levels in more than two years, with a 33% year-to-date decline. Given that the IT industry is still under pressure and investors aren’t sure where the bottom is, more falls in Amazon’s stock price would not be surprising.

The consensus rating for Amazon stock was optimistic as of the 29th of July, according to statistics. There were a total of 40 experts who gave the stock a buy rating, while just two gave it a sell rating and one favoured holding it.

There was a consensus AMZN stock estimate of $180.11 per share over the next 12 months. There was a $270 high and a $140 low estimate for Amazon stock, respectively.

While keeping an outperform rating, Oppenheimer cut the target price from $165 to $160.

During this year’s Prime Day, Amazon said that more than 300 million things were purchased by customers, an increase from over 250 million items that were purchased in 2021.

At the time of the study, Citigroup had a ‘buy’ rating and a target price of $205.00, which represented a 63.04 percent increase over the stock’s current value.

Likewise, on the same day, Cowen dropped its price objective for the stock from $215.00 to $210.00, a move that represents a positive upside of 92.71%. The stock was still rated “outperform” by the investment bank.

For Amazon’s stock projection 2022 and beyond, what’s available to investors? Based on an examination of many technical indicators, Gov Capital had a gloomy short-term view for Amazon’s shares. As of December 2022, the stock was expected to close at $134.12.

Algorithms relying on analysis of Amazon’s stock price history have developed these stock estimates. Whether or if Amazon stock reaches those levels cannot be predicted. Before making an investment in Amazon, be sure you’ve done your homework.

Consider the fact that algorithmic forecasts might be inaccurate and that previous success is not a guarantee of future profits. Before making any trades, be sure you’ve done your own research. Never risk money you can’t afford to lose. 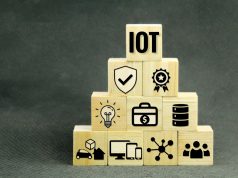 Want to Create an IoT System? Learn How to Choose a Technology Partner 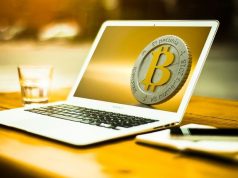 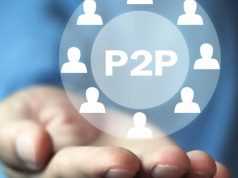