As we all know, many advanced technological products are launched on daily basis, why some are yet to be released for purchase. But some of the ways which some of these tech products are optimized for better use, sometimes makes people think and suggest otherwise. 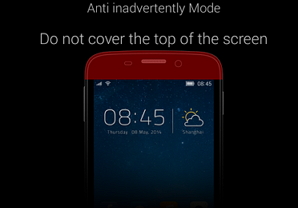 What do I mean?
The extent of sophistication in the world of tech is growing so widely and new things are being embedded on newly introduced tech products. So if you are not  technologically inclined or not well informed on how some of these particular pieces of technologies were optimized to function on some of these products you have eg (Android device.) You might think that your device has developed problem and by so doing, you plan to take it to people that will fix the mal-functioning, lols. That can only happen when one is not well informed.

Now see how funny it is, that the so called piece of technology was intentionally crafted out for enhancing a better performance in quite sophisticated manner for your device (Android). Amazing isn’t it?

Because of the complaints from many Android users, saying that their Android backlight always go off whenever they are making or receiving calls which makes them have the thought that their device is faulty. So I now decided to craft out this post just to enlighten us on the reason why that piece is embedded and the function.

Don’t be surprise to hear that many have even gone to phone repairers just to fix up what they think is a defect on their device and some has ended up in giving away reasonable sum of money in the name of fixing this same thing the see as mal-function.

Now, let’s get to the main business. The backlight in talk that goes off when making or receiving call on your Android device is a function built in and not any sort of defect. So there is no need of taking your device to phone repairers for just to fix that.


So that is to say,  any of the mentioned above feature is responsible for your phone backlight always going off whenever you are making or receiving call with your Android device.

The feature automatically switches the backlight off, expecially whenever your ear is in contact with the device (Android) so when that is done, it helps to safe the battery of that particular device when making or receiving call from friends, and family etc.

The feature also act against accidental touches on the screen of your Android device by switching the backlight off automatically when you cover the upper part of your screen with anything and also when you put it in a pocket or bag thereby saving your battery life.

For some android phones with version 4.2 and below, the proximity sensor is automatic and give no option to turn it off or on. So it is just on for android version 4.2 and below. But for Android version of 4.4 and above, the proximity sensor has an option where you can turn it off or on. It is seen in 4.4 version and above as Inadvertently Mode and can be seen in the section of display settings.

To Locate And Turn Inadvertently Mode or Proximity Sensor ON/OFF On Your Android Follow Below:

That’s all. Now, you have known that, the proximity sensor is not a defect on your android device but a function customized to enhance a better performance on your device. So this time, you don’t need to go to any phone repairer, otherwise, your money will be extorted by them lying to you as to that being a fault or mal – function. So be wise this time.

I know, you are happy for coming across such a guide, so use the comment box to express your thought over this post and how you feel. 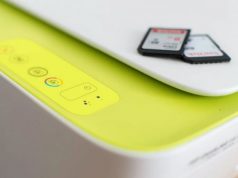 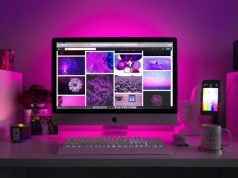