Techs | Scholarships | Services | Games
Home Apple Apple iOS 11 Release Date And Best features With Tips & guides...
Latest update regarding to iOS 11, is that it is out in Beta
version with full beautiful features which an iPhone or iPad user shouldn’t
miss for anything, if it main version eventually hit the public. There are lots
of new shinny goodies in this latest Apple’s mobile operating system version
(iOS 11) which are already outlined below.
Our main goal for this new iOS version 11, is to see you
through on how to use the trending features it was developed with. So in other
words, we are guiding you through starting from its Beta version until the main
official iOS is launched and announced to the public for utilization. So it’s
better for you to have this page containing this article based on iOS 11 guides
and tips, bookmarked, so as to enable you check directly for our regular
updates.

Read Also: How To Transfer Android Data Or Files To iPhone WithoutHaving Data Loss
Like some may ask,
what’s the release date of official iOS 11?
News and articles regarding to this version of iOS in past
weeks and months, has it that Apple will announce iOS 11’s release date, may be
during the annual iPhone event holding this very month, September. Based on
reports from Wall Street Journal and that of TechCrunch, the announcing date is
expected to take place by 12th of September 2017. So we are likely to get the
update of iOS 11 arrive on iPhones the following weeks. Only stay tuned for
more details as Apple mobile manufacturing company sends out its official
invitation regarding to the big coming event. 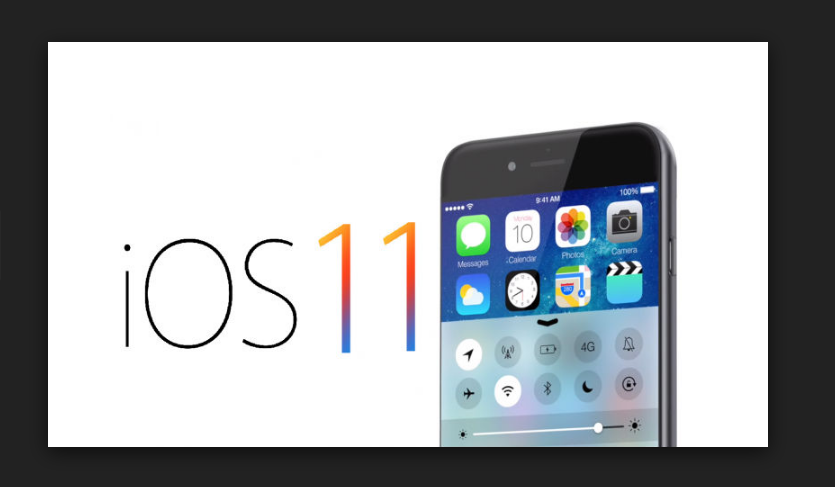 What are the best new features embedded to
this new iOS 11 for iPhone devices?
As long as we keep updating this post regularly, more
features will be added here for you to learn how to use them. Meanwhile, below is
the list of most existing recapped things rolling out for your iPhones in
advanced sophistication.
>> New Screenshots & screen recording
>> A new Control Center
>> There’s a hidden “Dark mode”
>> Easily free up storage
>> Venmo-style Apple Pay payments
>> Siri being smarter and sounding more natural
>> Drag-and-drop from app to app
>> A file management system
>> Notes is a lot more useful
>> Do Not Disturb for driving
How To Download iOS
11 on iPhone?
Apple is yet to release the final update version of iOS 11
for the public, as what is readily available now, is the Beta iOS 11 version.
So in essence of that, you are required to wait as they may get to release the
final version around mid-September if they should follow their traditional
pattern of iOS release. But if you still insist to test drive the new operating
system by downloading the public beta to your iPhone. That’s your choice but
your device may be endangered, as the beta is still under scrutiny by official
Apple developers. So, a lot or few of bug fixes will be going on.
READ MORE ON: How to Download, install and update your iPhone with latest iOS 11 or previous iOS 10 version.
More iOS 11 update on Slight tweaks to its Messages. Things
like new Apple Pay app, new iMessage app, and many screen effects were added as
well. Below are the features.
>> Notification
Center: iOS 11 now have alerts and notifications replaced with another name
called Cover Sheet. This particular one came with sophisticated functionality.
>> Text with
Siri: You can as well type and text to Siri if you don’t want a voice
conversation with it.
>> Privatize
your location: The new iOS 11, ensures to Keep your location private,
should in case if you don’t want to keep your location public or visible. So
that means, you can now control applications accessing or tracking the
information of your location without you being aware. All you have to do, is to
access the newly added option for change of such permissions when iOS 11
arrives to your iPhone.
>> Able To
recover Forgotten Wi-Fi password: After locking your iPhone Wi-Fi with a
new security password, you need not to worry if someone can hack through the
password and connect. As you are the only one to get your family and friends
connect to your Wi-Fi hot-spot through your iPhone without giving them your
password to connect.  So that means, you
get anyone connected to your phone’s Wi-Fi through your own Menu Wi-Fi
connection settings.
>> Forget app
passwords too. iOS 11 came with a very good iCloud Keychain password
manager that is beyond Safari. As you can use it to log into various apps and
websites.
>> Take full
control: You are able to make Control Center your own. Since the
three-panel Control Center is gone from iOS 10. So, in this iOS 11, you can now
add or remove shortcuts you don’t really use, and as well add some few hidden
Control Center features which may interest you.
>> AirPods made
smarter unlike the one found in previous iOS 10. Now instead of the
popularly known lone option to activate Siri using a double-tap on either
AirPod earbud. With iOS 11, a user is able to control the specific function in
which each AirPod try to take.
>> iOS 11
version with Free up storage space. You can get to free up your mobile
device space or storage when the system is getting so sluggish or filled up.
Just get rid of unwanted files and apps by using the smart free up storage in
your iPhone devices.
>> Detects And
Keep you safe while driving a car on the road. Once the device detects you
are driving a car on the road, it automatically enables the new feature called
Do Not Disturb While Driving. So every incoming text alerts will not be allowed
and would be stopped just to ensure you are concentrating on the road.
>> Go dark,
is a new recapped feature introduced to this version of iPhone iOS. The new dark
mode is actually hidden in the settings app. The feature is not designed for
daily use but can be used in dark places
>> Being
Creative with your iPhone: Get to create lively photos and special
animations out of life photos. You can do this just with a tap within a twinkle
of an eye.
>> iOS 11
allows Screenshots on steroids. This tool enables users to capture anything
displaying on their device’s screen and provides options for editing, cropping
and adding signature with different share platforms. There is also an option
for deleting what you screenshot.
>> Also get to
Scan Documents in the Note app on your iPhone device. This newly document
scanner added to the Notes app on iOS 11 is quite cool for those that work on
office always. To use this feature, launch the app and select scan document,
and wait for it to finish the processing and you are good to go.
We shouldn’t forget iPad devices. As Apple’s tablet is just
like a brand-new device having done with the new software installation. Next
upcoming tutorial is coming on basic tips and tricks on how to navigate iPad on
iOS 11. So stay tuned.
It may interest you to know that Apple TV joined the
fun.  And to have it, the public beta of
its TVOS 11 software added some interesting tweaks and more new features, which
involves the inclusion of syncing for home screen layout between multiple Apple
TVs. You can install the TVOS 11 beta if you so wish.
Ensure to share this post to friends. Thank you.